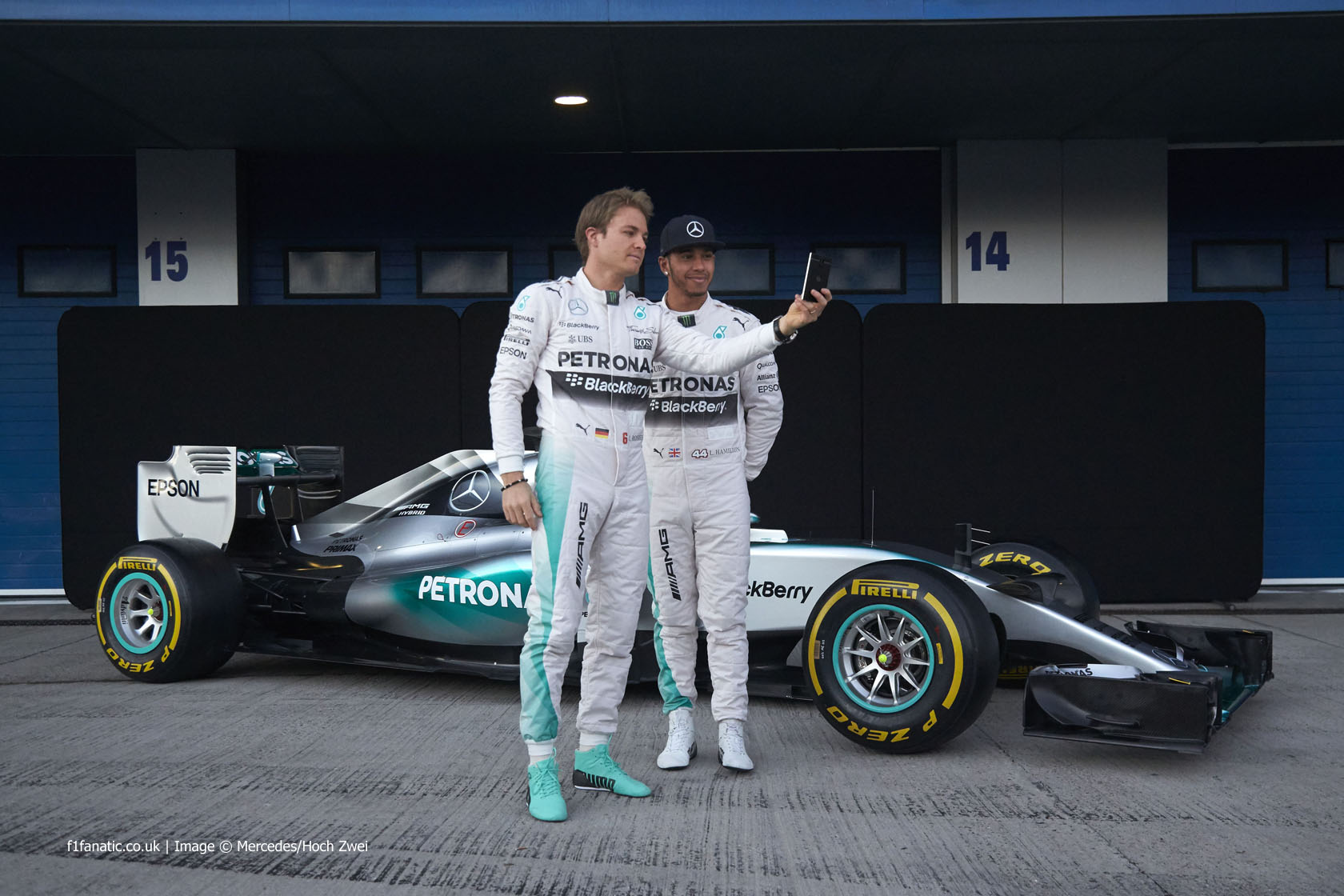 Over the past few years, there have been plenty of questions raised about Nico Rosberg. Could this eloquent son of a ballsy World Champion beat his street fighter of a team mate in Lewis Hamilton at Mercedes?

Unsurprisingly to some, the answer has been no. Although he claimed the top step of the podium more than Hamilton in 2013, he’s been second best. In 2014, Hamilton overturned several points deficits over the course of the year to claim his second World Championship, yet again one he had to fight for until the bitter end.

And that might be part of the problem. Hamilton has been in situations where he has been at the sharp end of the table up to the last round. Think back to his rookie season, he was an astonishing one point off claiming the title, drawing on points with his more experienced, double World Champion team mate Fernando Alonso. And but for a mistake in China, he probably would have got it. Wind the clock forward one year and he’s fighting for the title again in Brazil. With one lap to go it looked so near yet so very far as a young lad named Sebastian Vettel tiptoed past his ailing McLaren in the wet. But for a Timo Glock slide at Arquibancadas, Hamilton would have missed out on yet another title, this time by the number of victories compared to Felipe Massa.

For six of his nine seasons in Formula One (or two thirds to put it another way), the Briton has been involved in a title fight. This provides Hamilton with a wealth of experience in how to win and lose a championship. Although Rosberg may have reached a driver’s promised land a year earlier, 2013 was his first competitive year after seasons of being placed in uncompetitive, midfield machinery.

It’s no different in 2015. Rosberg is again in the same car as Hamilton (well, as close as can be) yet finds himself a meteoric 73 points behind with just 4 races to go. It may well be over by Austin, Texas in just under a fortnight.

Does he just lack the mettle and mental strength and perhaps luck required to become a World Champion? Or is it simply a case of him not quite having the talent to beat Hamilton?

The latter seems unlikely. In 2014, Rosberg made a name for himself in Qualifying, the master of one lap pace, taking the inaugural ‘Pole Position Trophy’, out-qualifying Hamilton 11-8, generally being around one tenth of a second quicker on a Saturday. However, on a Sunday, Hamilton duly went ahead and clawed that margin back. It doesn’t matter what you do on a Saturday if you can’t perform on a Sunday. You don’t get points for pole position.

In the last three years (2013-2015) since Hamilton joined the Brackley team, Rosberg had finished behind Hamilton 26 times and only out-raced him 15 times. That data does not count times when either or both drivers have failed to finish. Hamilton also has double the amount of wins with 20 and the German is also behind on points scored overall, 850 to 717. And then there’s the one statistic that Nico will care about the most. Hamilton has one Championship, soon to be two you have to think.

Although you can number crunch an awful lot more, there has to be a reason as to why the data shows what it shows.

I talked about Hamilton being a street fighter, someone who is sly and cunning and can eke everything out of a car. When compared to Rosberg, his rate of input delivers more output. He’s simply a better racer, in my eyes. Look at the Bahrain, Japanese, Italian and US Grand Prix from 2014 and the Japanese Grand Prix from this year. When the two have gone toe-to-toe, Hamilton has come out on top, passing or forcing Rosberg into a mistake and keeping him either just behind or streaking away, left with a relatively unchallenging, lonely remainder of the race.

That’s not to say Rosberg hasn’t had his moments as well. His smoother driving style may at times be slower in the races, but more consistent and on occasions such as Britain 2013, has led to him being better on his tyres and reaped the benefits.

Finally, you could have a look at luck. Whilst some may say Rosberg was definitely unlucky in 2014, Hamilton didn’t have it all his own way. A power unit failure in Australia left him 25 points behind by the end of the first race, followed by brake failures in Canada, in Qualifying at Germany and even contact with Rosberg in Belgium all handed victories/podiums to Rosberg. All in all, that’s 93 points Rosberg claimed when his team mate faltered.

Contrast that to Rosberg’s misfortunes. He suffered a power unit failure at Silverstone and electrical troubles at Singapore. Yes, Hamilton did go onto win both races, but that only totals up to 50 points. In Abu Dhabi though, he really suffered. Double points were on offer for the first (and probably last) time in Formula One’s history and Rosberg’s ERS troubles made sure he could only muster 14th, nil points. And yes, Hamilton won and thus secured his second World Championship. Now that all adds up to 100 points, so although you could say Hamilton had more points, he had more retirements. Yet Rosberg faltered at the worst moment.

In 2015, Rosberg suffered a power unit failure at Monza and more power troubles in Russia. Although Hamilton was leading at Monza with a handful of laps left, it’s still 50 points nicely gift wrapped. Add the 2 point gap to Rosberg at Hungary when the pair ran into trouble, that’s 52 points.

Hamilton has only suffered the ignominy of retiring once this season, at Singapore, where Rosberg finished 4th as Mercedes suffered problems leaving Sebastian Vettel’s masterful drive to bring him the 25 points. That’s only 12 points gifted, granted. But, at Monaco, his pit crew called him in to the pits after Max Verstappen’s incident with Romain Grosjean, thinking he was far enough ahead of Rosberg to come out in the lead once more. With about 10 laps to go, he came in and went back out, only to see Rosberg and Vettel ahead. Mercedes had got it wrong and Rosberg went on to take the easiest victory of his career and ten points out of Hamilton, who finished third.

As Vettel has now leapfrogged Rosberg in the standings, it looks all over for another year. Who knows what 2016 will bring, as Rosberg will retain what is most likely going to be the hottest seat in Formula 1. Unfortunately for him, so will Hamilton.