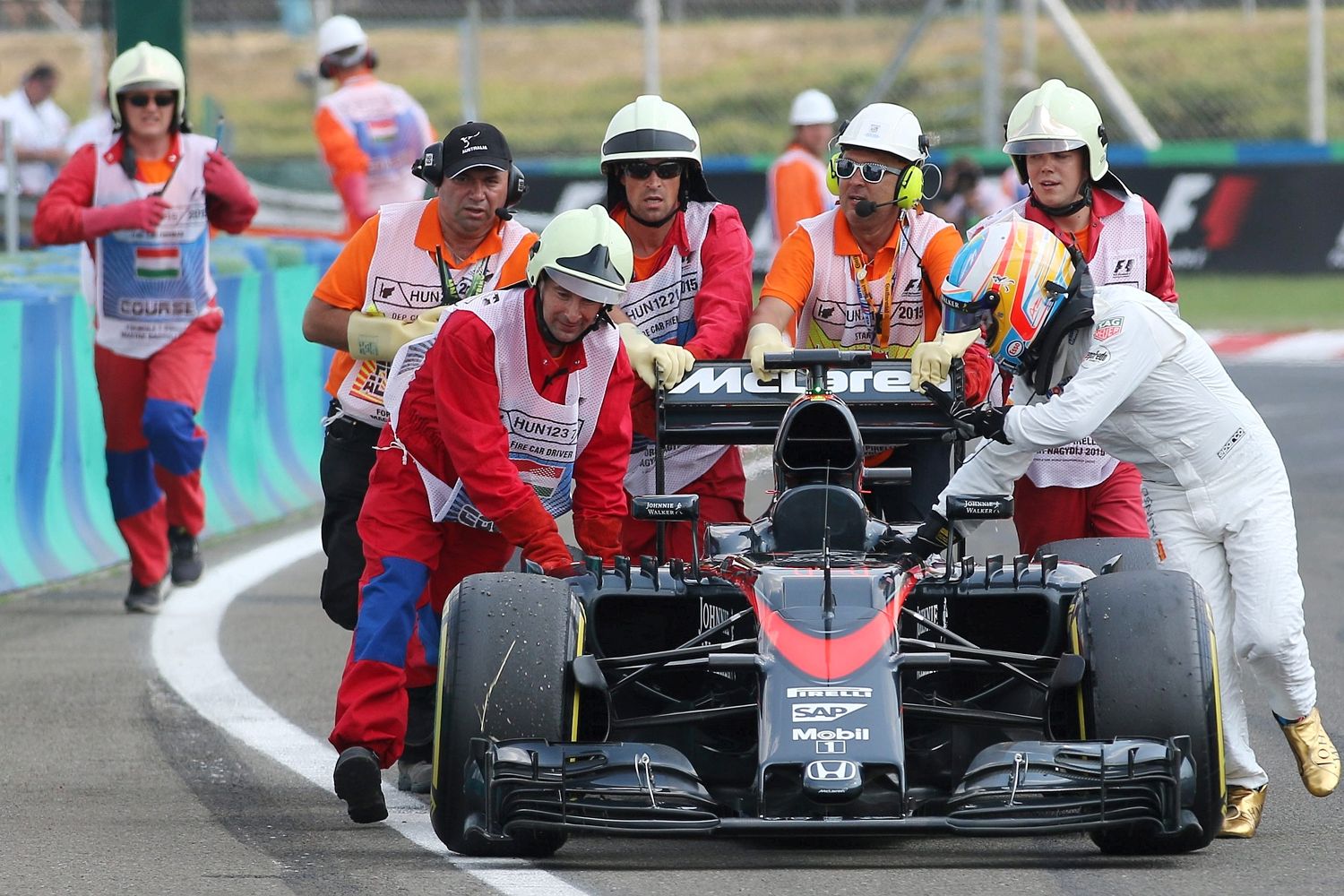 Ever since re-entering the sport in 2015 after a seven year break, Honda’s reformed partnership with McLaren has been anything but a dream.

On paper, it looked perfect. The rekindling of the McLaren Honda fire that lit up the late 1980’s and early 1990’s; two World Champions in the two cars and one of the most successful constructors of all time.

So now, three days before the first wheel is turned at the season finale in Abu Dhabi, why are Will Stevens and his various Manor team-mates their main rivals in stone dead last. Even their own drivers are taking jabs at them over the team radio, publicly humiliating them even further.

If anything, Honda have approached the task in hand a little too laid back, to Honda F1 Chief Yasuhisa Arai’s admittance. In August, he revealed to Sky Sports that “We knew it wouldn’t be easy, but perhaps we didn’t imagine that it would be this hard”. A fatal error that has already cause the mood between the two parties to sour, a fractious relationship just 11 months in.

There have been many rumours that Ron Dennis rushed Honda into the deal a year early. Much like the Mastercard Lola disaster in 1997, Honda were said to have been vying for a 2016 entry, rather than a 2015 entry – critical due to the massive overhaul in the power units for the 2014 season. These V6 turbos are a completely different animal to the ones that conquered the field when Senna and Prost were dancing around the various strips of tarmac; more sophisticated, less brutish and highly advanced, technically speaking. Although that shouldn’t be a problem for a manufacturer who can lay claim to building the world’s most famous robot (Sorry, C-3PO).

The culmination of Honda’s botch job has turned into the laughing stock of the season. Martin Brundle delivered the damning verdict during commentary for the Brazilian Grand Prix a little under a fortnight ago “It’s got no drive, it’s not reliable, not economical, it doesn’t sound right and it has no power. Sort it out Honda, it’s November!” – it’s hard to argue with.

The mess hasn’t been easy to fix either. By the halfway stage of the 2015 campaign, Honda and McLaren had used up all their permitted power unit elements, something that hasn’t solved the lack of competitiveness – Button and Alonso are still starting on the other side of the world compared to their rivals due to their record breaking grid penalties. In fact, I’m sure that if you added up Alonso’s starting positions from his first 13 seasons together, you’d end up with a figure that is around the total amount of penalties he’s been on the receiving end of this season.

Even his Minardi was better than this. And that was with a three year old European V10 behind him in a car designed on a shoestring budget.

Lastly, Honda’s stubbornness to change tradition has contributed to the mediocre season. They failed to recruit new personnel from Renault, Ferrari or Mercedes, and left it all in house. Therefore, there’s no expertise and their rival suppliers have had a year’s head start. Even Bob the Builder wouldn’t be able to fix this.

You may riposte by saying that Honda have already been in F1 and as recently as 2008. True, but if you have a look at the engineers and staff there, there’s no one left from that project. They all went in the tremendous fall of Honda Racing. How much of costly error that has been. A once well respected manufacturer has been brought to its knees.

What’s more is that this has had a slight negative effect on their already falling car sales. Now holding just over a fraction of 1% market share in the European market, their unit sales are going down. By September 2014, Honda had sold 104,700 units. Their 2015 figures show a 4.79% decrease (Data correct as of September 2015 – thanks to left-lane.com). Well, would you want to buy a hybrid from them?

However, we can’t lay all the blame on Honda’s doorstep. McLaren have been in a steady decline since their last World Champion Lewis Hamilton timed his move to Mercedes to perfection. They haven’t won a race since Jenson Button won the Brazilian Grand Prix in 2012 – over three years ago. Additionally, their last constructors title came in 1998 – when Adrian Newey was at the team. The team seems to be in a state of denial, there is something wrong with car. How can they explain the poor results (bar Monaco, arguably) at less power defined tracks?

This ignominious defeat has been beckoning for a while now.