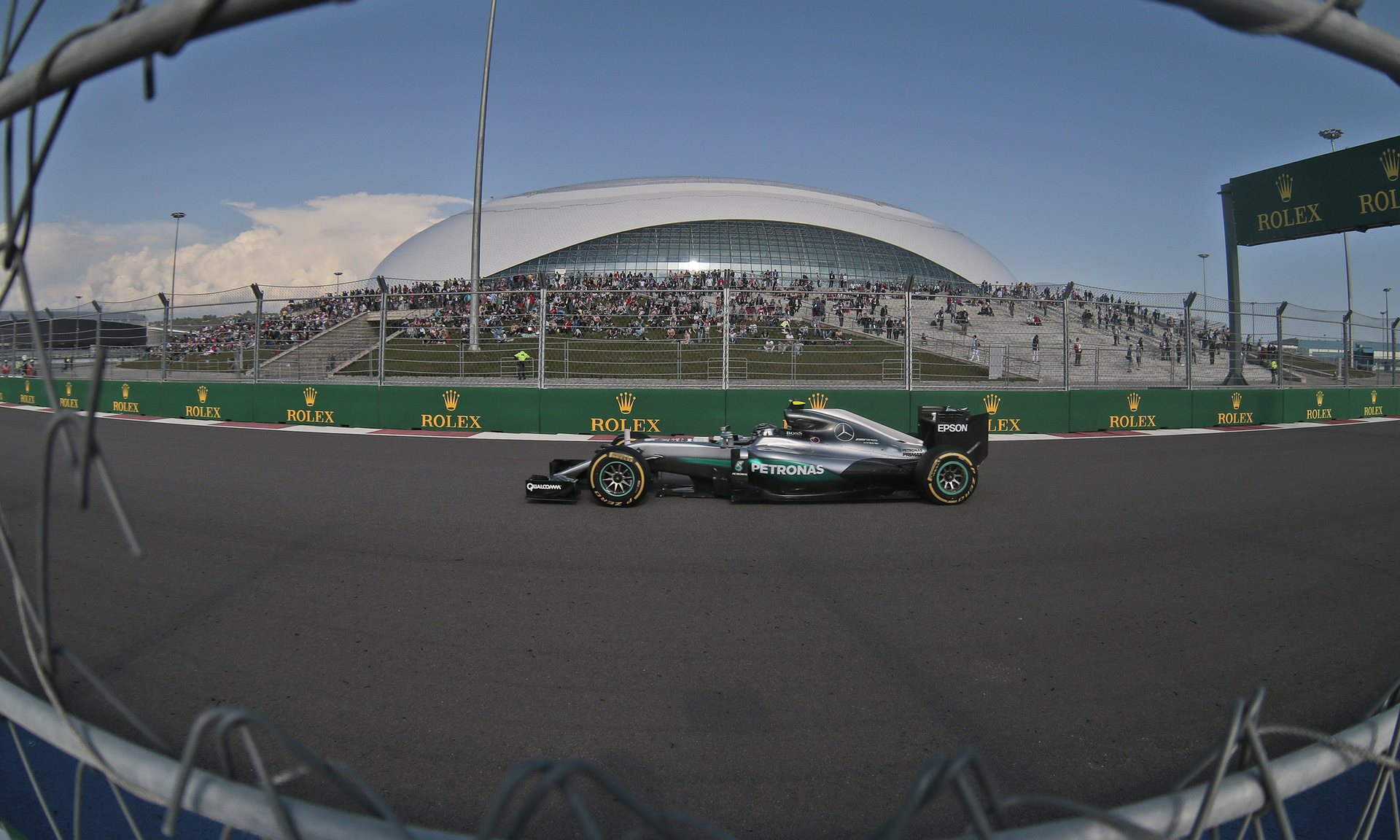 Once again, with supreme ease and little worry, Nico Rosberg coasted to his fourth successive win of the season, his seventh victory out of seven races in a run that still stretches back to the back end of 2015. With 100 points out of a possible 100, the Championship looks to be falling into the grasp of the German, already.

The Mercedes driver took a hallowed “Grand Slam” of pole, fastest lap, victory and the lead on every one of the 53 laps around the Sochi Autodrom. Following behind him, 25 seconds down the road was his team mate Lewis Hamilton, after a difficult and abrupt end to his qualifying hour, once again. Kimi Raikkonen took the flag in third, winning the battle of the Finns that was highly anticipated before the race, with Valtteri Bottas earning fourth place after a solid drive.

On Saturday, with the woes of elimination qualifying firmly out of the minds of the fans, Rosberg blitzed the field to take pole position by over seven tenths from the Ferrari of Sebastian Vettel, who felt the force of a five place grid penalty for gearbox troubles in Practice.

Hamilton was also affected by gremlins before the green light to signal the start of Q3. Another failure of the MGU-H – similar to the problem that affected him in China two weeks ago – saw the Brit start from 10th, with it all to do.

The occurrence that caught the eye of many before lights out on Sunday on a warm afternoon by the Black Sea was the formation of Vettel and Daniil Kvyat, who came to blows in Shanghai on the first lap, provoking the ire of the German. The pair found themselves too close for comfort after a little more than 800 metres after the start, Kvyat nudging Vettel into Turn 2, before clattering the Ferrari, spinning Vettel round and leaving him a hapless passenger as the scarlet machine came into contact with the Tech Pro barriers.

Vettel threw his hands up and yelled down the radio “What are we doing here?” in a flashback to that race in Turkey six years ago. Amongst the expletives, he had a point; the start was something similar to what you’d expect from a field of wide-eyed GP2 or GP3 drivers, not the world’s elite.

In turn, the Safety Car made an appearance while the debris was cleared. Nico Hulkenberg and Rio Haryanto were the other casualties after coming together in the chain reaction. This promoted Hamilton to 5th, and the two McLarens to points paying positions, a status quo they would hold at the flag, the Woking side’s first double points finish since Hungary last year.

After the restart, Bottas pounced on Raikkonen who was caught napping and Hamilton followed suit, passing Felipe Massa in similar fashion for 4th and a shot at Raikkonen.

Further back, Kvyat was racing on under a cloud, and pulled off a questionable move on Marcus Ericsson round the very outside of Turn 3, pulling off the track and back on it to complete the move. It proved pointless, as the news filtered through that his clash with Vettel incurred the wrath of Emmanuele Pirro and a 10 second stop-go penalty was his punishment. Not the homecoming he’d hoped for.

The only round of pit stops provided no real shake up in the order, Rosberg comfortably out in the lead, Bottas just ahead of Hamilton, however the Mercedes eventually dispatched of the Williams after being frustrated by the slippery Williams in the opening stint. Raikkonen also managed to get the jump on Bottas after his stop.

After running in third before his stop, and seventh afterwards, Max Verstappen’s afternoon ended on lap 43 with engine troubles, and Toro Rosso’s misery was compounded when Carlos Sainz received a 5 second time penalty for a forceful move on Jolyon Palmer.

At the sharp end of the field, Rosberg was in complete control, an assured drive as he maintained and then stretched the gap to Hamilton, who suffered with water pressure problems for a split second. At the time he was catching Rosberg, make of that what you will.

But take nothing away from the championship leader and favourite, who didn’t put a foot wrong all day despite having little pressure. His lead over Hamilton is now 43 points, a gap that’s starting to look unassailable. Vettel’s woes in Bahrain and here look to have curtailed any chance of a fifth world title, and he was seen having a word with his old boss Christian Horner on the Red Bull pit wall about the antics of Kvyat.

Credit as well to Kevin Magnussen, who kept his head throughout all the drama to bring his banana shaded Renault home in seventh, some much needed points for the Enstone outfit. And Fernando Alonso, taking a creditable sixth, doing well to defend against Bottas before his sole stop.